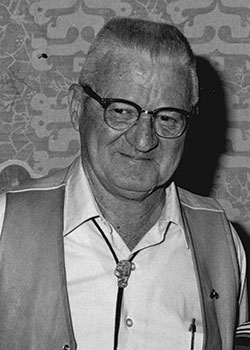 To be awarded each year at convention to the club that is judged to be most deserving of recognition and praise for its efforts in land use activities during the past year.

Don was a major force in land use issues and became an important liaison between his club, our association, and land management through his part-time work with the Sheriff's Department and the Forest Service, and influencing decisions on many trails throughout the Central District. Don was an original member of the 4 Wheel Drive Club of Fresno as well as a charter member and dedicated life member of the association. He was very active in our sport and served as the Central District Vice President several times. Don was loved and respected by all who knew him.

Land use is an activity where a club working with land management agencies leads to opening or maintaining access to a motorized recreation opportunity.

An example would be club representatives attending meetings and providing comments that lead to a route being opened to motorized recreation or working with an agency to promote trail safety.

All clubs throughout the State shall be considered for this award.

An essay detailing the club land use activities must be submitted to the Sacramento Office by December 31st of the year.