First, let me address what NEPA is and is not. National Environmental Policy Act (NEPA) requires federal agencies to disclose and analyze the effects of their proposed action on the natural environment. NEPA is the law (passed by Congress) that requires this action. NEPA is an outline of a process with specific actions the agency is required to do. The resulting document from a NEPA process is not a "law".  The result of a NEPA analysis is a Record of Decision stating that appropriate level of environmental review has been conducted and the proposed action can be implemented.

Frequently, there is confusion as to the use of CFR. Within the federal process, CFR relates to Code of Federal Regulations which are based on laws passed by Congress and describe the approved activities the agency is allowed to carry out within their mis-sion. The Forest Service will cite a CFR section when issuing a Forest Order to carry out an action. This is appropriate as the CFR provides the agency with legal authority to conduct an action.  The Forest Service does not create a CFR.

Another issue in the discussion indicated that County A has a “law” that states the Forest Service must seek approval of the County prior to closing any road. On the surface, this appears to be in violation of the 10th Amendment to the U.S. constitution (aka, the "Supremacy Clause"). Keep in mind, counties create “ordinances” to regulate actions within the local municipality and cannot exceed the county charter or conflict with state or federal law.

One of the tenets of NEPA is for the federal agency to consult with the county before (and during) the NEPA process. Additionally, NEPA requires opportunities for the public to comment on the proposal. This is the time when the County (and members of the public) can submit their points of issue to ensure the agency adequately addresses all appropriate information concerning the proposed action. Issues that should be within the disclosure and analysis include a range of resource and socio-economic issues.

Again, the NEPA document discloses and analyzes the effects of the proposed action on the natural environment. That analysis results in a Record of Decision. The Record of Decision is then used to document that the appropriate analysis has been conducted and a Forest Order is issued under a citation from the Code of Federal Regulations as their authority to pursue that course of action.

The Counties do have a charge under NEPA to consult with the agency to ensure pro- posed actions are designed to not interfere with county government responsibilities such as public health and safety and commerce. At no point do the counties have an approval action that can override an agency decision. 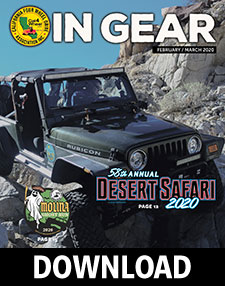